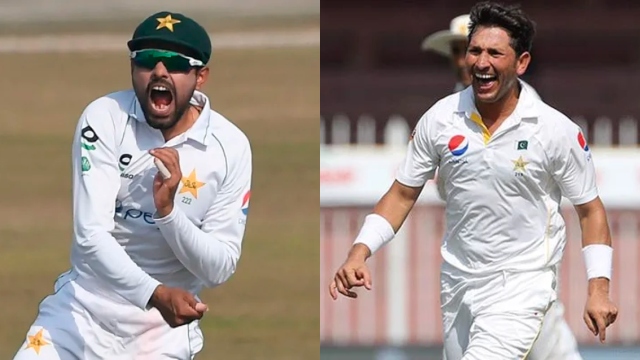 Pakistan's veteran leg-spinner Yasir Shah has stated that skipper Babar Azam has backed him and is hopeful of making a strong comeback in the upcoming Sri Lanka Tests.

The 36-year-old made these remarks during a press conference on Sunday in Pindi Stadium. “After my comeback, I get to converse with Babar Azam which gives me confidence,” he stated.”He has told me to stick to the same line and length.”

Shah further added that he has been doing the hard yards behind the scenes and has worked on his googly with head coach Saqlain Mushtaq and Mushtaq Ahmed.

“I’ve put in a lot of effort at National High Performace Centre in the meantime,” said Yasir. “I’ve worked on my googly with Mushtaq Ahmed and Saqlain Mushtaq.”

Yasir, who last played a Test against West Indies in 2021, will be making a comeback after recovering from injury.

“I gave performances in the domestic white-ball cricket and I am striving to play every format,” he stated.

He further expressed his hope to make a mark with his performance after being out of the team for a while due to an injury.

“It takes time to recover from the injuries but I am hopeful to perform well in the future” he added. “I’ve done well in Sri Lanka before, and I’m sure this time too,” he concluded.

Pakistan is set to play two Test matches against Sri Lanka from July 16 to 28.